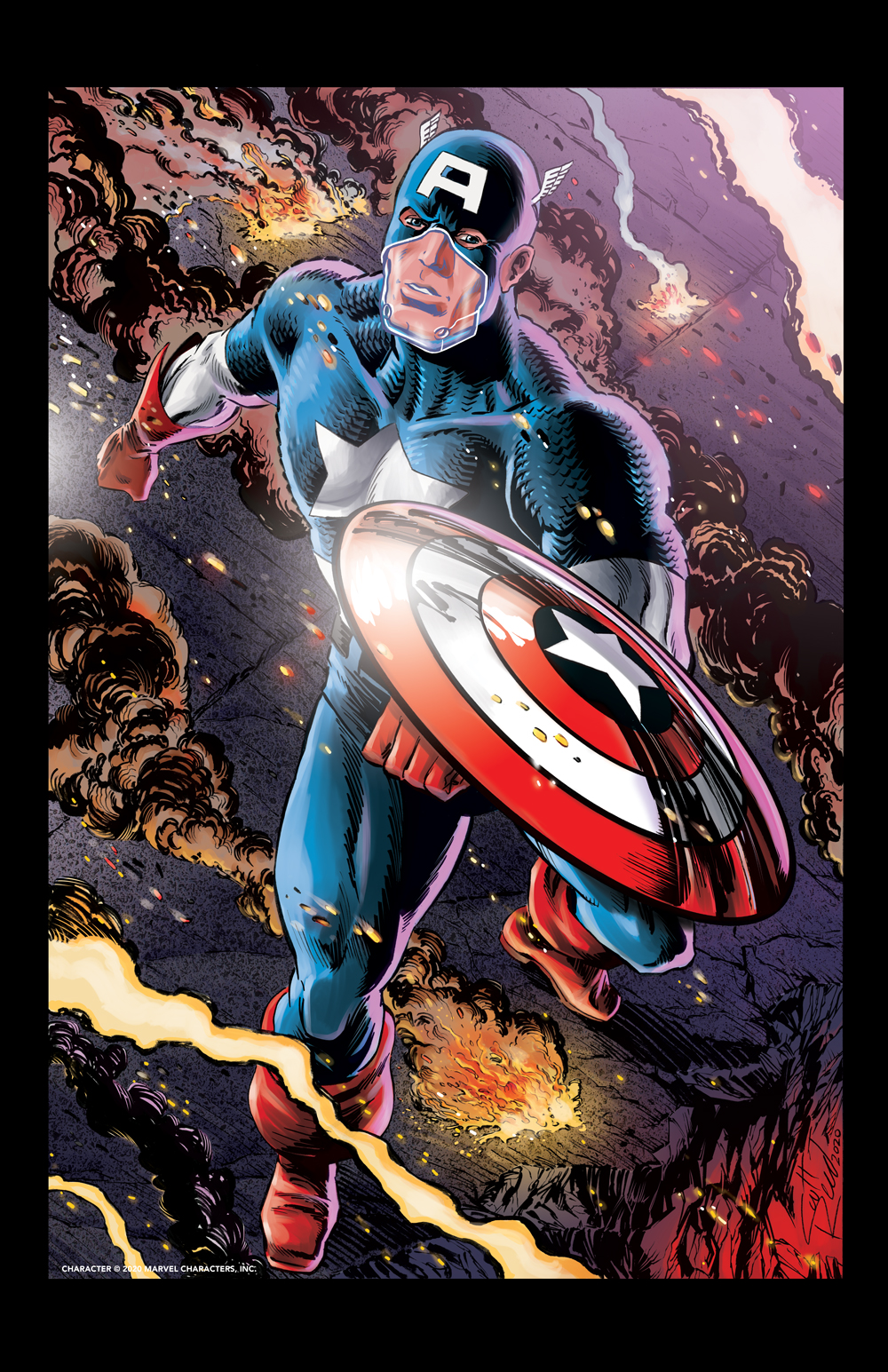 PERSONAL WORKS AUGUST 2020 –
I’m outraged, angry and saddened at how many Americans have reacted to the pandemic and to the hard truth of fully unveiled racism. There is no unifying tragedy here. It’s fragmented the country further. In this new illustration, Cap is ready for action, but I wanted to convey uncertainty. He doesn’t really know what to do anymore. He’s a symbol caught between ideologies and narratives. He’s masked because he would be masked. He’s a patriot, he’s doing his part to protect his fellow American. On the street, in the chaos. He’s standing at a precipice.